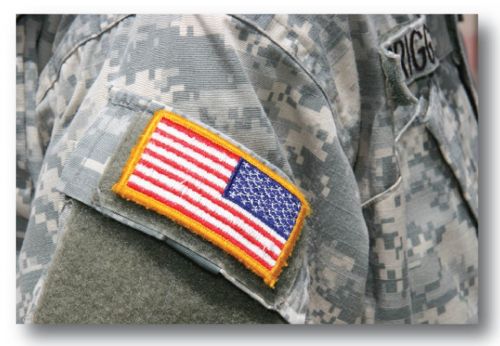 School boards across New York are grappling with a dilemma that many members say has left them torn between a natural desire to honor military veterans for their service and principles of fairness to non-veteran taxpayers.

With the passage of legislation signed into law by Gov. Andrew Cuomo in December, school districts now may offer property tax exemptions to veterans who served during wartime. The exemption is similar to an option that’s long been available to other local governments.

But unlike STAR, New York’s most inclusive school property tax exemption program, the state does not plan to reimburse the revenue a school district would lose from veterans who qualify for the new exemptions. Instead, other taxpayers in a district would have to make up the difference.

“It’s a lose-lose from a purely political standpoint,” Paul Baker-Porazinski, president of the Cambridge School Board in Washington County, said of the choice facing school boards.

Cambridge and a handful of other school districts around the state approved some level of veterans’ exemption in time for a March 1 deadline, but a more common response has been to hold off on hearings and decisions in order to study further the financial consequences to taxpayers.

“There hasn’t been a lot of time for school districts to do a whole lot of information gathering,” Niskayuna Superintendent Susan Kay Salvaggio told board members at a recent meeting.

Key questions involve how much money is involved, and the impact on other taxpayers. Estimating the potential tax shift in any given school district is complicated because state data about veterans’ exemptions is recorded for counties, towns, villages and cities. School district boundaries often encompass portions of multiple municipalities.

State Department of Taxation and Finance figures suggest that wartime veterans own more than 445,000 properties in the state that currently have exemptions from counties, towns, villages and cities, and those exemptions reduce assessed values for tax purposes by $18 billion. (Other exemptions are available for Cold War veterans, volunteer firefighters in certain cities, clergy, the disabled, those over 65 and others.)

Research by the Rome City School District in Oneida County suggests a substantial potential impact when there are a significant number of veterans in the district. There are an estimated 2,060 veteran property taxpayers in the city of Rome, and more in three towns that are part of the district. If Rome’s school board had decided to grant an exemption to veterans this year, at least $700,000, or 2 percent of the tax levy, would have been shifted to non-veterans, said Robert Mezza, director of business and finance.

Rome Board President Patricia Riedel said the timing isn’t right to give some taxpayers an exemption that will cost others, citing financial conditions that could prompt the board to ask voters for a hike in the overall tax levy.

“It’s not that we don’t want to do it,” said Riedel, who is the widow of a Korean War veteran and probably would qualify for an exemption. “It’s that we don’t feel at this time that we can do it. The other taxpayers of Rome just can’t afford it.”

In communities where school boards held public hearings, veterans explained why they felt they should receive exemptions. At a hearing in Wappingers Falls, an Iraq war veteran spoke of nightmares, migraine headaches and memory loss. “I’m on a fixed income now, and I probably will be for the rest of my life,” he said. “You may ask why I deserve a tax break. I believe I paid for it at the door.”

The Carmel School Board heard from a stream of veterans who also made emotional appeals for the board to adopt the exemption. Several said the board should grant the exemption “because it’s the right thing to do.”

James Reese, who is interim business administrator in the Brewster School District, was among the Carmel board members who voted unanimously to approve an exemption.

“I’m in favor of the exemption,” he told fellow Carmel board members before the voting. “The thing I’m disappointed with is what the state did with us. They put the Board of Education in a box, really, pitting the veterans against the non-veterans and the school district.”

The estimated cost to a non-veteran owner of a typical Carmel home assessed at $250,000 will be $29, estimated Eric Stark, Carmel’s assistant superintendent for business. He said the estimated typical savings for veterans are $280 for a wartime veteran, $485 for a combat zone veteran and $1,514 for a fully disabled veteran.

While holding a public hearing is a standard in the democratic process, it doesn’t necessarily elicit a cross-section of opinion, Reese said. “Not a lot of people are going to come out to a public hearing and say ‘we oppose giving veterans an exemption.’ It’s just not something most people are comfortable doing.”

Curt Schoeberl, an Ulster County resident who served in the Navy during the Vietnam War, is an exception. He says veterans’ exemptions should be administered at the federal level because members of the military serve their entire country. A patchwork system of exemptions that vary from locality is inherently unfair, he said.

Schoeberl knows about taxation rules because he is assessor for the Ulster County town of Shawangunk, which includes parts of the Pine Bush, Wallkill and Valley Central school districts. He said the design of New York’s veterans’ exemption is particularly poor because “it is pitting locals against locals. It’s going to wind up shifting the burden onto senior citizens, farmers and other people who are struggling.”

World War II veteran Ben Roujansky is a former school board member in the South Orangetown School District and can see both sides of the issue, too.. He is commander of the Pfc. Andrew Goldstein Post 731 of Jewish War Veterans and quartermaster of the Raymond DeMeola Memorial VFW Post 1615, and he is investigating the details on behalf of both organizations.

“If one district has no veterans in it, they’re going to pass the exemption without hesitation,” said Roujansky, 90.  “But if a board does not pass it in another district, the members could get blamed by veterans as being ‘un-American’ or something like that.”

Assemblyman Thomas Abinanti (D-Westchester County) cited the potential cost to non-veterans in a letter to Gov. Andrew Cuomo, proposing that the state pick up the tab for the cost of exemptions in districts that provide them.

“It is becoming clear that there will be a significant shift in tax burden to the non-veteran property taxpayers in many school districts – especially in small school districts,” Abinanti wrote. “Understandably, some districts may decline to offer the exemption, which defeats the state policy of providing these benefits.”

The issue of fairness has to be considered as well as the idea of honoring veterans, said James Cruikshank, superintendent of Norwood-Norfolk Central School District in St. Lawrence County.

“The state is putting school districts in a position to argue neighbor against neighbor, and it should not be that way,” said Cruikshank. “That’s not how exemptions are supposed to work.”

NYSSBA is aware of 20 districts that have considered the issue. Of those, 14 said yes, their remainder either rejected the idea or postponed making a decision.

After the Beekmantown school board in Clinton County decided against a veteran’s exemption in 2014-15, an editorial in the Plattsburgh Press Republican praised the board’s “fortitude” for making a tough call.

“The reasoning held that giving the tax break to so many residents of the district would inordinately burden those who honestly could not afford to make up the loss,” the editorial said. While not characterizing the board’s decision as either right or wrong, the newspaper said the decision “is perfectly understandable and does not mean the district lacks respect for veterans.”

The newspaper added: “We trust that other districts will similarly review this question and come to a decision based on the needs and abilities of their constituents.”