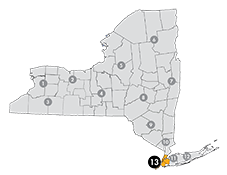 Carranza is chancellor of the New York City Department of Education, a role he assumed in 2018. He is responsible for educating 1.1 million students in over 1,800 schools.

Carranza is the past chairman of the Board of Directors for the Council of the Great City Schools, where he served as a national spokesperson on significant issues facing urban school districts. He also served on the Board of Directors of the Association of Latino Administrators and Superintendents, the National Commission on Teaching and America’s Future, the American Association of School Administrators Executive Committee, and the K to College Advisory Board.

Carranza is a fluent Spanish speaker and an accomplished mariachi musician. He and his wife Monique have two daughters.