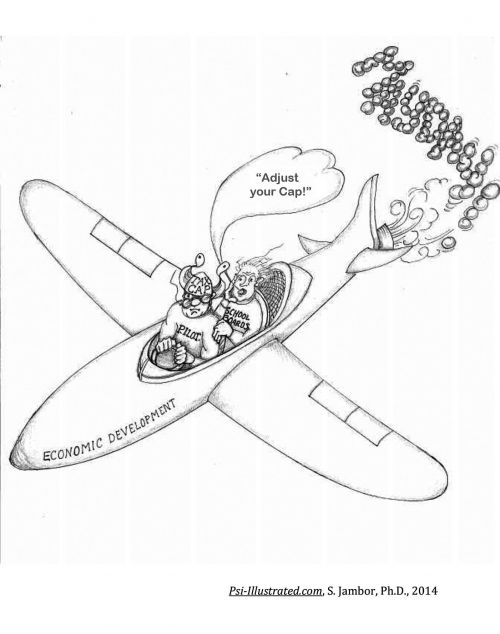 Payments in lieu of taxes (PILOTs) have often been a source of confusion and consternation for school boards. New York’s property tax cap is adding to that angst in some communities.

PILOTs are one of the main tools local Industrial Development Agencies (IDAs) use to encourage businesses to locate in their jurisdictions. Under such an agreement, a company makes some fixed yearly contribution to a municipality or school system rather than pay property taxes. The amount paid is typically lower than what the company would have paid if it was taxed normally.

School officials and other local governmental officials have no role in negotiating the terms of PILOTs, which can lead to disputes and even lawsuits among governmental bodies, developers and IDAs.

“We are hearing a new level of concern about the effects of PILOTs on school districts because of the fine print of the state’s tax cap law,” said David A. Little, NYSSBA’s director of governmental relations. “It’s something we are calling to the attention of legislators.”

Under the state’s tax cap formula, PILOT payments must be subtracted from a district’s tax cap calculation. If PILOT payments increase, the amount of property taxes a school district is allowed to raise without exceeding its tax cap will decline, all other things being equal. This could lead to a district needing to obtain a 60 percent majority voter override to maintain – or even decrease! – its tax levy.

“Because these agreements often provide ‘front-loaded’ tax abatement benefits – that is, they have lower payments initially but increase over time – they can create tax cap difficulties for school districts,” said Dan Petigrow, an attorney with the Thomas, Drohan, Waxman, Petigrow & Mayle law firm in Westchester County. The experiences of the Ballston Spa and New Paltz school districts provide examples of the perils of PILOTs.

In 2012-13 the Ballston Spa district in Saratoga County received $2.1 million under existing PILOT agreements it had with several local business. By law, these payments had to be subtracted from the district’s tax cap calculation, creating a situation whereby Ballston Spa had a tax levy cap of negative 2.9 percent. In other words, the district actually was required to cut its tax levy by that percentage to stay within its cap. The district ended up proposing a budget that called for a tax cut of 0.4 percent. Therefore, while Ballston Spa was actually reducing its tax levy, the district was still required to obtain supermajority voter approval to pass its budget.

The New Paltz school district adopted a resolution last December declaring its opposition to any PILOT agreements that result in a reduction of real property taxes.

“Our board of education has taken a very strong position on this issue, as we are potentially dealing with a real, immediate impact by a local proposed project being granted a PILOT by our county IDA,” said Brian Cournoyer, the president of the New Paltz school board.

A different but related issue arose in April when Wilmorite, a Rochester-based development company, received approval from the Ulster County IDA of its application for a PILOT. Wilmorite proposed to build a $60 million residence for both students and staff at SUNY New Paltz. The PILOT would have meant the company would pay about $500,000 annually for 25 years, compared with a current full property tax assessment of $1.5 million.

The New Paltz school board voiced its opposition to the Ulster County IDA, which has full authority to accept or reject applications for PILOTs. The school board’s objections included concerns about the potential for the project to increase its K-12 student population without any corresponding recognition of the increased costs that would entail. The tax cap law does not allow for increased revenues if a PILOT leads to increased school district enrollment.

Although the New Paltz Town Planning Board unanimously rejected Wilmorite’s proposal unless it paid its property taxes in full, the process left Cournoyer dismayed.

“The input given to the IDA by the school board didn’t seem to have made much impact in the decision,” he said. “It seems like they didn’t even read or consider it.”

During negotiations last spring, New Paltz Town Supervisor Susan Zimet said a plan on the table would have addressed the town’s financial concerns but would “slit the throat of the school district.”

In a more recent development, the Town Board filed a lawsuit against the developer that also involves other parties including the school district.

Solutions
Camoin Associates, a Saratoga Springs-based economic development firm, believes that PILOT agreements that lower the total amount of revenue that municipalities and school districts can raise from their local tax base constitutes a serious threat to economic development in New York State.

“PILOTs are one of the few effective tools that communities in New York State have to promote economic development,” said Michael N’dolo, vice president of Camoin Associates.

In order for PILOTs and the tax cap to co-exist without inhibiting economic growth or having a negative impact on school district revenues, Camoin offers the following solution: amend the property tax cap law so that the assessed value of any property that becomes tax exempt due to a PILOT be included in the tax base growth factor calculation as if it were taxable property. The tax base growth factor is a part of the tax cap formula that recognizes new construction, newly taxable status of existing property, or measurable improvements to taxable property within the boundaries of a local government or school district.